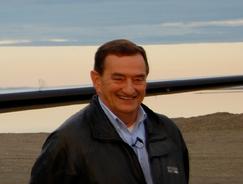 While growing up, Dan Fitzgerald, CFI always thought he was going to be a farmer - then he took an Introductory Flight lesson. From that point on, Dan hasn’t looked back. With an uncle working as a Captain for Alaska Airlines, aviation is just in his genes. Dan completed his training in eastern Washington and is now he’s “living the dream” as a CFI in Alaska. He has been a very popular and busy instructor at ProFlite; in his first four months he flew over 300 hours, and also earned his Commercial Seaplane cert! 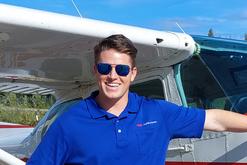 Arthur Boufford, CFI, grew up in Michigan where he completed his flight training. Before becoming a pilot, Arthur worked for Roush Industries for many years as a test driver, instructor, mechanic, and project site lead. He worked in a variety of places around the world, all while saving and planning for his flight training. During his time working for Roush, he spent a winter in Fairbanks for cold weather testing. He has wanted to return to Alaska ever since. Arthur is passionate about flying and strives for excellence in all aspects. 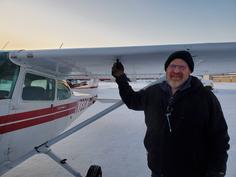 Mike Morgan, CFI/CFII is the co-founder of Proflite of Alaska, LLC. Mike has been flying for over 45 years, and has been a Certified Flight Instructor for over 40 years. He has flown a wide variety of aircraft, from the Cessna 150 (the perfect trainer plane in his humble opinion) to Beechcraft 1900. Mike

is a former board member of the Alaska Air Carriers Assoc, Director of Operation and Chief Pilot for Warbelows Air, and has over 20 years of medevac experience. 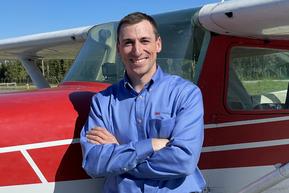 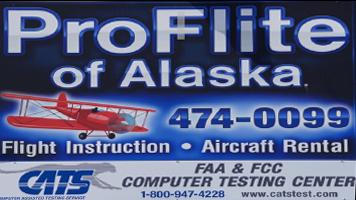 Chris Miller,  is a long-time aviator and vintage aircraft aficionado. He learned to fly in rural Iowa, where there were roads marking every square mile and real winds. He worked as an A&P mechanic through college and earned his Private Pilot certification and Instrument Rating. Then life “got in the way” as he pursued a successful engineering career. After a 15 year hiatus, Chris could no longer resist the “aviation bug”. First he went through the Rusty Pilot recurrency process, then he earned his Commercial, CFI , and CFII certificates at ProFlite. This guy has earned the “Seal of Approval” from both Mike Morgan and Tom Trainor! Chris is a proficient and pleasant instructor in both tricycle and tailwheel airplanes (though he is not able to instruct in the Cessna 152). We strongly recommend him for float training! You will find him available on weekends.